Passovah Festival is one of the many great Montreal Music events and luckily I saw a couple shows there over the course of the last week. Here are some of my favorites. END_OF_DOCUMENT_TOKEN_TO_BE_REPLACED

I finished work at 8 p.m. and by the time I’d made my pedestrian way up to Bar le Ritz it was after 9, so I’d missed Adam Kinner and Moss Lime. Caro Diaro was onstage, moving through the last few songs of a set. It was Maica Mia minus the enormous bottom end – her pieces stripped down to stark electric guitar and voice. A lamenting voice always threatening to break out into a full-throated yowl. She delivered some surprisingly funny, bemused between-song patter, and when she was done, she stepped down into the audience and quickly became just another member of the crowd.

That’s the kind of crowd it was, full of musicians waiting to start their set, artists, writers, academics. An interesting crowd, an intelligent crowd. As the night went on, it got bigger and bigger but its character stayed pretty much the same. Mostly youngish, mostly white-ish. Smokers spilling out onto the sidewalk, August is so great. I got to try out the Farnham beer, a good-tasting rouge. The bartenders were on their game.

Lungbutter I was familiar with from their CDR of last year. It was good to see them live, to discover the set-up behind the sound, the dynamic triad of guitarist, vocalist and drummer. Mark E. Smith and Karen Finley’s vocal styles came to mind – the voice big enough and obsessive enough to hold its own against grunge-laden guitar feedback and punkish riffage, while drums rat-a-tat in pointed yet almost jazzy bursts, lending skeletal rhythm to what could be a very formless sound. Each member was attentive to the others’ input. The audience crowded up, and they were familiar with the songs, reacting happily when Lungbutter started playing a favourite.

I probably shouldn’t have taken that smoke break before Jessica Moss, because I was almost paralyzed, shoved up against a corner of the wall praying, “Please, start the set before I have to deal with another human being.” When Moss came on, she said something about “bringing the energy down,” which I thought was an excellent idea. There seemed to be some sound issues – I couldn’t really make out most of what she was trying to say, and the yakety-yakking audience wasn’t helping any. In fact they were downright rude, carrying on with their cocktail chatter even as Moss started sawing away at her violin.

It didn’t matter. Nothing mattered as she opened things up, drew the curtain back and revealed the stars arranged against the black of infinite space. She was using loops, pedals, effects, she was entirely blowing me away. Well, I’m a sucker for a good drone. I don’t know what-all she was doing, there were sounds floating around in the mix that didn’t sound anything like a fiddle. Needless to say, it wasn’t long before the audience had doubled, and was pressed up to the stage, rapt. Jessica Moss solo is a force of nature – if you missed this show, you’ve got another chance to see her in the Pop Montreal festival.

Yamantaka // Sonic Titan was the reason why I was there, leaning on the horizontally-striped multi-coloured wall – I’d been wanting to see them for a couple of years. Right after reading about them in something Julian Cope wrote, checking out their recordings and thinking, “Oh, another great Montreal band I’ve totally slept on.” The current line-up of the band is a tour-ready music machine in Dada-like face paint, fully capable of recreating the intricacy and complexity of the operatic songs on their two great CDs. The music they create isn’t a melting pot, but rather a conscious and playful retrofitting of traditional Japanese and Indigenous American sounds with the distilled best of Canuck / American indie psyche and old-school prog rock. There’s a depth and a heaviness to folk traditions that a lot of indie rock bands can’t touch, but Yamantaka // Sonic Titan get there, and they bring the audience with them.

There were more issues with a mic occasionally not picking up one of the lead vocalists. A minor quibble in an otherwise mesmerizing performance. The magic of Y // ST stayed with me during the long 55 St-Laurent bus ride south. As I strolled into my back alley a raccoon paused at a turn in the road and regarded me with cautious curiosity. I nodded but it didn’t nod back. Local promoter Noah Bick will be airing the best bands from Passovah’s archives, like How Sad, SUUNS,  Sunset Rubdown and Wake Island. Passovah takes over CKUT FM‘s the Montreal Sessions for a third time with Lysandra Woods of TSM (Third Side Music) to discuss copyright and licensing (15:30-16:00) and a live session + interview with Michael Feuerstack around 16:15!

+++ Evenko is giving away two Kurt Vile tickets! Details will be announced on air

Tune in to Underground Sounds 8-10pm for a fresh dose of local Montreal music.

Your host Nick Schofield shares his favourite albums and tracks from 2013. Plus, in-studio sessions galore. First up is Filthy Haanz from Club Roll records. Later in the show we’ll be hearing from some of the folks performing at the 4th Annual Passovah Holiday Jam, like Tamara Sandor and Ohara.

New releases from Esmerine and How Sad are nigh. Underground Sounds catches up with both bands and airs all local music from 8-10pm tonight. Be with us, tune in, listen live…as always, 90.3 FM or CKUT.ca 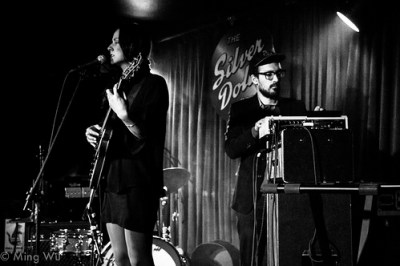 Another Passovah Fest Q&A from one of our local favourites, Maica Mia

END_OF_DOCUMENT_TOKEN_TO_BE_REPLACED

In the weeks gearing up to Passovah Summer Fest 2013, we’ll be posting Q&A’s from festival performers.  The local promotion/production outfit has some really A+ programming this year.  Check out the full line-up on their site here.