Artistic collaboration is an important way of increasing an individual’s impact by exposing the contrast in each artist’s point of view. The right blend of surroundings is vital to an individual sound’s significance and the juxtaposition of sounds that stretch into opposite directions shines more light on the qualities that make each one beautiful.  By featuring two entirely different sound artists on the same tape, The Howl Arts Collective has accomplished both a respect for artistic individuality and a display of thought-provoking contrast on their Sonic Carvings with Self Healing Clay/Return Fire Co-Release from Nick Kuepfer and Tamara Filyavich. Kuepfer’s montage of texturally satisfying samples is met by Filyavich’s taste for sound development and elongation. The idea of displaying each of these approaches in a no-correct-answer setting allows for a captivating conversation between the two. END_OF_DOCUMENT_TOKEN_TO_BE_REPLACED

This week on The Montreal Sessions, your host Paula invites in some of the weirdest wonders of the city to CKUT’s studio with dreams to illicit insightful conversation from Stefan Christoff and Xarah Dion, both of whom have new albums at the ready, plus, a bucolic performance from Nick Keupfer — Montreal’s premier tape-loop maestro. It was a jammer weekend here in Montreal as the CKUT music department let loose with our annual Total Eclipse concert series: three nights in a row we invaded some of our favourite lofts and dive bars to bring weird & wild sounds to the ears of the city. It made for some pretty memorable times, including Nick Kuepfer’s spellbinding set at the Plant (pictured above) among countless other highlights. Thanks to everyone who helped out, played, and partied with us. CKUT loves you forever. Remember how our lovely pals over at Constellation Records stopped in a few times over the month of March to host the Montréal Sessions on CKUT? For their final broadcast, the brought local sound-smith Nick Kuepfer along to finish off their residency in the utmost style! The performance was something truly special, and now we’ve got it preserved in the digital amber of the Free Music Archive for all eternity – or at least until the oncoming digital dark age.

In the decade that he has called Montreal home, Nick Kuepfer has ventured through a wide range of sonic territory: from playing with infamous noise rockers AIDS Wolf to layering minimal guitar compositions with ambient drones, his contributions to the city’s musical community are stunning in both their quality and diversity of sound. END_OF_DOCUMENT_TOKEN_TO_BE_REPLACED

Yep, you read it: Montreal’s very own Nick Kuepfer will be joining us in the studio for today’s Montreal Sessions, armed with a guitar and tape machine to summon his beautiful and otherworldly sounds. This special live performance will mark the end of the Constellation Records-curated month of the Montreal Sessions, and we couldn’t think up a more stunning way to wrap up the series.

From the Constellation website:
Nick Kuepfer is a guitar player who weaves nylon string and electric guitar pieces with live-sampled tape loops, recordings of animals, and drones from various sources. His predominantly wordless music ranges from subtle and static to frantic and abrasive, with a methodical, vigilant sense of experimentation guided by the search for consonance and dissonance with the sounds of “nature”. He began performing solo, under his own name, in 2009 and occasionally invites guest players to join him.

Hear it live today from 3-5pm on yr radio dial, or streaming/from the archives at the CKUT site.

June is in full swing and music is taking ver the city – CKUT has linked up with
the Suoni Per il Popolo Festival to bring the concert hall to your radio.
MONTREAL SESSIONS: JUNE

June 7: Live In Studio Performance by Nick Kuepfer and Volcano The Bear LISTEN!

REMOTE BROADCASTS FROM THE SALA ROSSA
We’re taking the studio out for a few nights on the town to bring live music in our homes – come out to the show or listen to the radio live or after the fact through ckut’s archives.

Tuesday June 21st 9pm – 11pm: Master improvisers in the jazz scene Gerald Cleaver(drums), Craig Taborn(piano) and William Parker (double bass, double reeds) will be performing as Farmer’s By Nature, who have just released an album on the Aum Fidelity Label entitled Out of This World. LISTEN!!

INTERVIEWS WITH SUONI ARTISTS ON CKUT 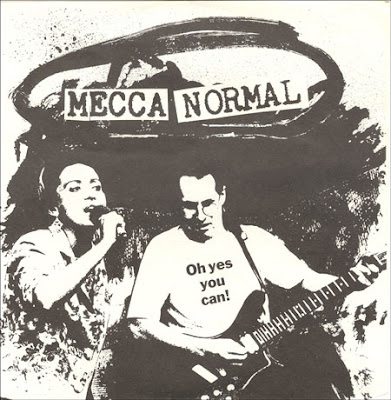