Chances are you’ve already perused the CKUT Top 100 Albums of 2014, compiled from the freeform programming that our kickass volunteers put together 24 hours per day, 365 days a year. Now it’s time to get subjective: we’re turning things over to CKUT staff to share their favourite albums of 2014. Some lists are ordered, some are not. This doesn’t have anything to do with airplay, and we’ll fully admit any bias in our choices — but you dig what you dig, and these are the records that made our ears happiest over the past twelve months.

Yes, it’s time — we’ve reached the end of the year and before we bid adieu to 2014, we wanted to share our final CKUT Top 100 with you. This mega-chart was compiled from our airplay over the last calendar year, tallied diligently by music department staff and presented here for your eyes and ears to behold. Before we get outta the office to go enjoy the snow like this lil’ husky, we bring you… Although TV on the Radio has been playing together since 2001, judging by the packed concert they played at the Théâtre Corona on November 13th, they show no clear signs of slowing down any time soon.

The band is currently on a worldwide tour to promote the November 18th release of Seeds, their fifth studio album and their first album since the untimely passing of their bassist Gerard Smith. Having now listened to Seeds in its glorious entirety, I can safely say that their unique sound, described as “art rock” and influenced by the band’s self-proclaimed appreciation for a wide variety of musicians ranging from Nancy Sinatra to the Pixies, truly takes on a new form during a live set. Naturally, they played a handful of songs from Seeds (including the catchy single “Happy Idiot” and the foot-stomping “Lazerray”) as well as some old hits. “Province” (recorded in collaboration with David Bowie on 2006’s critical darling Return to Cookie Mountain) was one of the highlights, with members of the audience swaying in time to front man Tunde Adebimpe’s tender crooning, his silhouette illuminated only by violet stage lights. The show eventually culminated with the rollicking “Wolf Like Me”, perhaps the band’s most well known song and my own personal favourite, which got an already enthusiastic crowd buzzing with unrestrained energy, and “Staring at the Sun” (from their debut Desperate Youth, Blood Thirsty Babes), following impassioned chants for an encore.

Think what you like of their work, but you can’t say the seasoned performers of TV on the Radio don’t know how to appeal to the senses. As for me, I’ll keep Seeds on repeat to tide me over until their next (inevitable) musical venture. 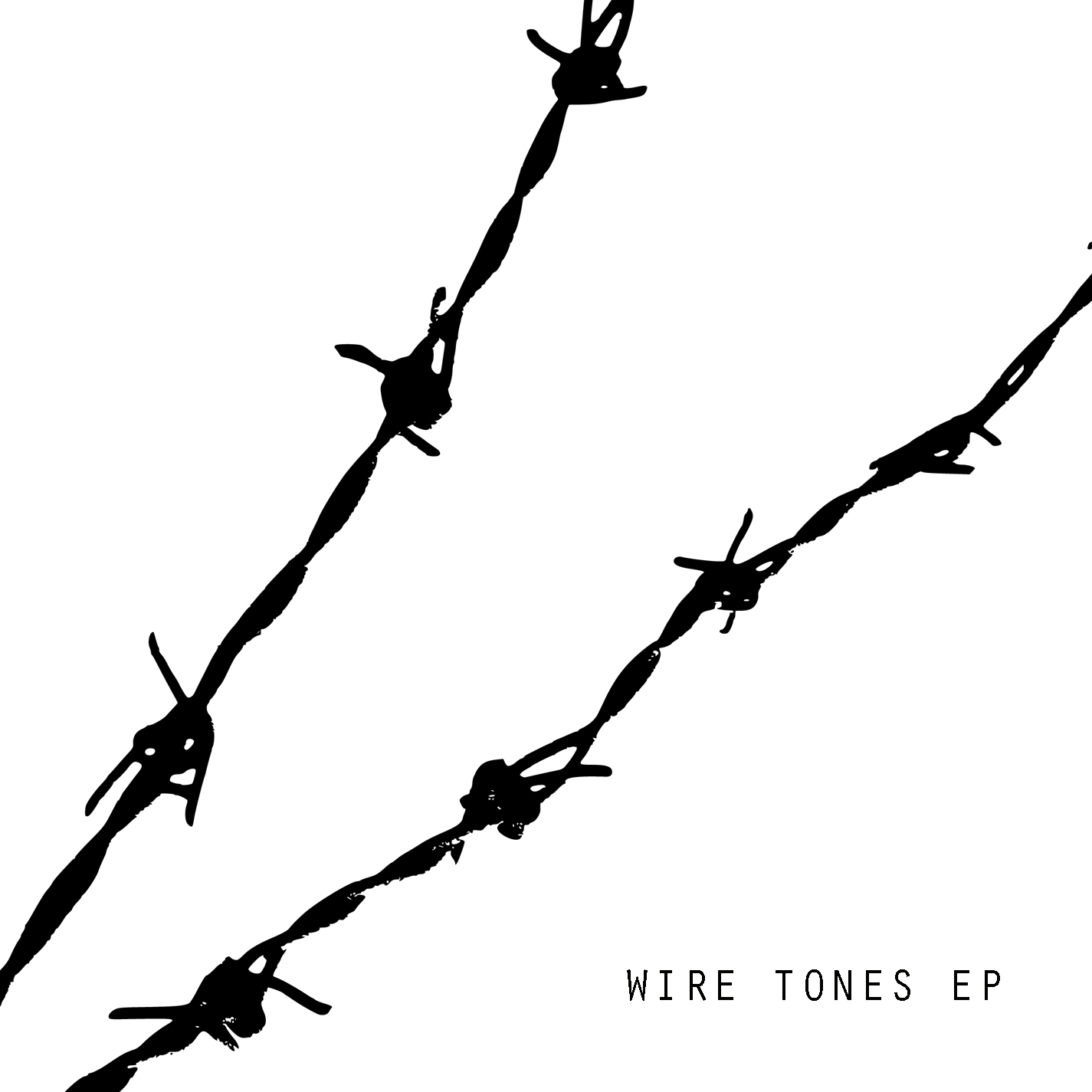 Following on the heels of other recent releases such as родина and Temps Libre is pianist, activist, writer and CKUT radio host Stefan Christoff’s Wire Tones EP, inspired by the struggle against the expanding prison industrial complex in Canada.  The thirteen and a half minute EP contains two instrumental tracks, both duos with contrabassist David Parker,  which surround a trio track that adds the voice of Kim Pate from the Canadian Association of Elizabeth Fry Societies.

“Beyond Justice,” the piece that features Pate, is a hard hitting critique of the policies that wastes taxpayer funds on incarceration rather than investing in social services, an adequate level of which might alleviate the need for so many prison cells.  The words are plainly spoken in a matter-of-fact manner, which works to emphasize the logic of the argument.

The music on the three tracks match Pate’s plaintive text, with Parker’s slow bowing anchoring Christoff’s uncluttered melodies and trilling chordal sequences.  The bass emits raspy shifting harmonics that evoke throat singing at times, while at other times resemble a passing plane, perhaps representing the elusive freedom as viewed from a prison yard.  Indeed, the instrumental track titles, “Shifting Skies” and “Shafts of Light,” summon the longing for light and open air that are scarce commodities for those behind bars.  The ebb and flow of the bass and the loneliness of the sparse piano lines further cement the musical themes to the spoken content, creating a coherent whole.

“Shifting Skies,” can be auditioned here.  An interview about Wire Tones with Stefan Christoff can be found here. Last chart of 2014! Feels pretty good to look back at all the awesome things that happened in the past year, and dream about what is to come when the new calendar kicks in. I am looking forward to digging my way out of all the snow currently blanketing Montreal and heading west to visit my parents in Anarchist Mountain, BC (it’s a real place – trust Wikipedia if you don’t trust me). CKUT will continue to offer kickass live programming over the winter break, and I’ll be back in the office as of January 5th for all of your music department needs.

As an extra special treat, we have compiled a big list of the top 100 albums played on CKUT over the past year… keep an eye out for that over the next couple days, it’s gonna be a doozy.

Happy holidays from all at CKUT!
xo
joni Back in the saddle today, Banko Gotiti is riding CKUT’s airwaves on The Montreal Sessions 3-5pm. In studio performances courtesy of Karneef and Sensi Boy Israelson, plus a phoner with TO’s Ken Park. For the 1’s & 2’s, you can also count on Adam Wilcox to bring the beats.

Yes, you guessed it, a year end episode of Underground Sounds is coming your way, with tune selections from your host Nick Schofield. Not only will Nick be airing hot tunes from 2014, but you can also catch a feature interview with Sean Michaels, author of Us Conductors, winner of the Giller Prize, and founder of Said The Gramophone music blog.

On December 6th (in the midst of finals), Generationals took the humble stage of Bar Le Ritz. The venue, although intimate, was well decorated and inviting. After the show, in a private interview, Generationals talked about musical influences, life on tour, future plans and more.

Lowell, a Canadian singer-songwriter, opened the set. She came out in a huge fluffy jacket and a sheer dress with her name “Lowell” spelled out across her chest. Backed by only a synth, looping machine, and her guitarist, Lowell delivered a variety of fun melodies with bold, quirky lyrics. After her first song, she introduced herself to the audience and busted out a bit of French. However, the looping machine was still going, so everything kept repeating itself. It was a mistake that made the audience laugh; after all, performers are human too. Those tiny moments are what make live performances so special! Lowell starts off with a slow song to get the audience warmed up, and then quickly dives into her energetic tunes. Some songs to note are “Palm Trees,” “Cloud 69,” and the ever so catchy, “I Love You Money.” She finished off the night with “The Bells.” Lowell’s songs were filled with layers of shimmering synths topped with memorable, almost primitive lyrics. Her guitarist was always quick to follow her lead and take over on the synth when she stepped out. Lowell was a laid-back, easy-going performer that often interacted with the audience. Her favourite dance move was this hybrid jumping-jack/fist pump move. At one point she grabbed an audience member’s head and moved it along with the music. Then, she jumped into the audience and sang her song while dancing with a group of girls. She ended off her performance singing passionately on the floor. After a quick turnover, Generationals (comprised of Ted Joyner and Grant Widmer along with their bassist and drummer) took the stage. Their groovy dream-pop soundscapes were synchronized with a distorted lightshow that got the audience raving to the amazing tunes. Most of the songs they played were off their newest album, such as “Black Lemon” and “Gold Silver Diamond.” But they satisfied their older fans with songs from earlier albums such as “Yours Forever” and “Greenleaf.” Grant and Ted alternated seamlessly between vocals, guitar, and synth. Besides their characteristic bouncy melodies and catchy hooks, Generationals is known for being percussively driven. When one of the songs called for a maraca, the drummer had drumstick in one hand, and shook the maraca in the other. When the use of the maraca was over, he innovatively used the handle of the maraca as his other drumstick. I got the chance to talk to Ted Joyner, vocalist/guitarist of Generationals, after the show. On stage he was an amazing musician and offstage he was a super down-to-earth guy. He mentioned his favourite album he recorded so far was the “Trust EP” which they recorded while staying in Texas. Some of his musical influences include: Talking Heads, Billy Ocean, and New Pornographers. What’s the best thing about going on tour? “Playing shows, meeting new people, and going to sleep after the show,” Ted said, “and partying,” he added. A lot of the fans were disappointed that they didn’t play “When They Fight They Fight.” Ted explained that they normally have horns playing with them on tour, but unfortunately they weren’t able to find any in time for this show. I asked him about New Orleans (because he’s from there – and because I’m visiting this winter break). Ted told me to check out Frenchmen Street (so if you go to New Orleans, you should too). For the future, Generationals will be continuing their tour throughout the New Year into March. They are also “secretly writing” some new songs and filming new music videos, but that is under the wraps for now! Today from noon to 2pm Innovations En Concert are sharing their love of crossover classical music with the CKUT community on If You Got Ears. Each week they’re bringing in guests for interviews and performances to highlight new works they’re excited about.

This week hosts Isak and Nick are focusing on how media art and electronica are influencing the classical world, as well as chatting with Erin Gee and Adam Basanta about  they’re experimental compositions. Stream the show at CKUT.ca or listen live, 90.3 FM.

It’s exam season at McGill and that means that therapy dogs are hanging out on campus, bringing joy to stressed-out students (and animal-loving CKUT staff). Here’s a photo of me and my new pal Daisy hanging out at lunch today — isn’t she cute?

These are our second to last charts for 2014 — the music department will be running full steam until Dec. 19th, so keep an eye out for next week’s charts and feel free to get in touch if you have any records to catch up on before the break.