As Jeff Mangum took the stage at the Olympia a few weeks ago, a once distant dream of ever seeing Neutral Milk Hotel in a live setting quickly became a fully-fledged reality. Hiding behind both a well-worn hat and a majestic mane, Mangum delivered the first chords of Two-Headed Boy to an eager audience. Without hesitation, a crowd which remained fairly still for opening act Elf Power, erupted with energy, dancing and squeezing every lyric out of their lungs.

In the dying moments of the opening song, the rest of the band joined Mangum on stage in a rowdy rendition of The Fool, a track which truly embodies the raw talent of their infamous 1998 release In The Aeroplane Over The Sea. As the night went on, the communal energy of the audience grew in intensity, often overpowering Mangum’s vocals. This, however, was to the concern of the band as horn player Scott Spillane stopped the concert mid-way to ask a group of over-enthusiastic audience members to be more considerate of the people around them.

While most of the setlist consisted of songs from their 1998 release, the band played a handful of tracks from On Avery Island, Beauty and their 2011 EP (recorded 1992-1995)—Ferris Wheel on Fire. At several points in the night, bassist Jullan Koster whole-heartedly thanked the crowd for their undying support, in place of Mangum who shied away from addressing the audience entirely.

After a 15 song set, the band momentarily hid behind the stage before coming back for a four song encore which included Ghost, [Untitled], Two-Headed Boy (Part Two), and Engine. Overall, the show was an incredible experience— though I must admit, there were definitely brief moments where the band fell out of sync or seemed to be a little rusty. However, to have the opportunity to see a band that has been in hiding for nearly a decade was absolutely unforgettable. Though I may never have the chance to see Neutral Milk Hotel again, I can undoubtedly say that the memory of the show will stick with me for a very long time. It’s been a week of birthdays around here as several CKUT-ers celebrate another year around the sun, myself included. After many years of not really doing anything for my birthday, this year some awesome pals banded together and threw a killer surprise party that left half our staff decimated the following day — but it was “totally worth it”, in the words of at least one hangover victim.

This weekend also celebrated the second anniversary of Loose-Fit, the not-for-profit booking collective that a handful of us CKUT-ers (and a couple non-CKUT-ers) run in our down time — plenty of good music and good times were had, including a great performance from Crabe (above). To top it all off, fierce Syracuse ragers Perfect Pussy played an amazing show at the Casa on Sunday… if you weren’t there, you missed out.

Winter in Montreal ain’t getting us down.
xo
joni

Today on the Montreal Sessions, the Loose-Fit collective will be exploring the nitty-gritty of the beloved Brasserie Beaubien and its surroundings: how has the neighbourhood changed in the past two years? What does it mean to be operating out of an established space in a gentrifying neighbourhood? Plus, ¡Flist! will be playing a live in-studio set. Catch it today from 3-5pm streaming on ckut.ca, or listen after the fact via the CKUT archives. Tune in for an in-depth convo with the towering Li’l Andy, who will be chatting up the new album (launches Jan 30 at Sala Rossa) and treating us to a special in-studio acoustic performance.

Also very noteworthy info, YouYourself&i are releasing a monthly EP series. The endeavour launches tomorrow (Jan 28) at Cafe Resonance. Dan from the band will be dropping by the station to tell us more and treat us to live tunes.

Ed. note – we realize this review is a little belated. Apologies!

For those of ye petty fools unaware of opening of the gates of hell this past Saturday, I pity thee. And bring thee tales of glory, glory of a sinister kind, of a grand design, of hours of endless neck-breaking power that cut you out, leaving only one name behind.

The show took place on the hills of Mont-Royal, at the CEPSUM venue of UdeM, where fans lined up early on, some even mildly sober. Battling cold harsh wind and drunken stupor, I arrived just as Gojira was taking to the stage. French heavy metal legend, Gojira, began a brilliant set that was both well practiced and well performed. They played an intense set of progressive death, each song a message, fingers fiercely flying through the fretboard. The lights on the show were also impressive and added to the force of Gojira.

After a quick break, the evil finally unleashed itself as Slayer took the stage with ‘Hell Awaits’.  Founder and long term guitarist of Slayer, Kerry King was undoubtedly the man of the night, his fingers probing away at his guitar faster and heavier than a charging ram. Tom Araya’s vocals were high, growls and pig-squeals he learned from eating piglets alive. Slayer mostly performed their old classics, each band member sticking a dark evil grin, even while blasting double pedals to the floor. As they began playing Seasons of Abyss, the inverted crosses on stage begun swaying, almost supernaturally, and the mosh pit got crazy, bodies shoving, slamming, and throwing each other in the air. The band took off the stage for a brief second, and returned, more heavy, more fierce, more aware of the power they beheld, and tore the place alive with Angel of Death. As people groaned, limped, and regained cognition back, the chamber was empty. The band was done, fulfilled their pact with the devil, and it had ensured the victory of evil over all that is holy.

It was the heaviest show that Montreal has seen in a long time and the crowd was large, strong, and eventually, satisfied. Slayer showed a performance and confidence unlike any I’ve even seen and it proved that they remain strong, 32 years long, despite the recent tragic death of founder Jeff Hanneman. The venue was a hockey stadium made into a concert venue, adding to the acoustics and kudos to evenko for organizing the show. As us meek humans must now return to the daily chores of assignments and exams, remember to occasionally put on your headphones and immerse yourself into Raining Blood. It’s been a busy week here in Montreal, playing multiple shows & helping put together a totally packed, super kickass edition of Art’s Birthday – if you weren’t there, you missed out bigtime. Thanks to all the artists, cake-bakers, volunteers, and partiers who made the night a huge success.

There’s lots coming up over the next week, too – we here at CKUT are really looking forward to local songstress Maica Mia’s album launch on the 24th @ Sala, and also to bubblegum punk quintet Ruff Talons’ EP launch on Thursday. Both shows are gonna rule.

til next week,
xo
joni

Those of you who missed Maica Mia and Ruff Talons doing CKUT-exclusive album sneak-peeks this week on Underground Sounds also missed the chance to snag a pair of tickets to The Luyas’ show this Thursday, January 23 at Divan Orange with Brazos.  Write library[at]ckut.ca with the name of your favourite Maica Mia or Ruff Talons track to grab a pair courtesy of Passovah. Godspeed You! Black Emperor and Neurosis at Metropolis, January 18 2014

On the 18th (after which came The 19th) of January, Montreal was host to two bands that carried with them the powers of the air and metal. Godspeed You! Black Emperor and Neurosis shifted the very mental plates of all those that witnessed them perform at the Metropolis.

Godspeed You! Black Emperor played first on the 18th, and played an incredibly tight set from the very beginning. The performance, at times almost shoegaze, was hypnotic, more so with captivating silent videos on the background. The nostalgic videos placed one in an island, where the waves are starting to crash in. GYBE struck us, repeatedly, with waves after waves of those riffs, a postrock high tide. We gaze merrily upon the powerful sea, while it rings at the shore, forcing in. And soon, you fall into that sea.

While GYBE was the tempest sea, Neurosis was a iron fist. Hammering us right from the start with perfect jabs, they did not etch at the shore, they punched at the soul. Mixing drone-sludge with the best post-metal, Neurosis was ambient and powerful. Many imagined a post-apocalyptic peace, a feeling more awe than fear. The knowledge of being enslaved by this music is accepted. We bow to the heavy machines. Under such music, what may we mortals do, but get to the high heavens and enter the pit.

A lot of people’s ears were still ringing on Monday. I could see a lot of satisfied souls.

Tune in today 3-5/15-17h to hear Loose-Fit founders James, Jules, and Gabriel talk about the early days of the booking collective, building a stage, their first shows, early problems + successes.  There’ll be some talk of Loose-Fit’s second-anniversary bash.  Plus, as always, great tunes from artists who’ve taken the stage at the Brasserie.

They’ll also be giving away a pair of tickets to Maica Mia’s album launch this friday, courtesy of Souni Per Il Popolo. 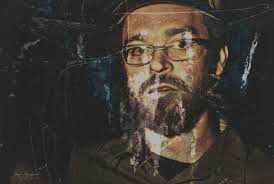 This week on If You Got Ears, the month’s curator Alex Pelchat invited Montreal violinist/composer (and member of Sam Shalabi’s Land of Kush band) Josh Zubot in for an interview.  The pair then performed in studio, with Pelchat accompanying on electric guitar.  Check the whole program on the archives, or the performance here: